A Day at Lake Eola and Fireworks! 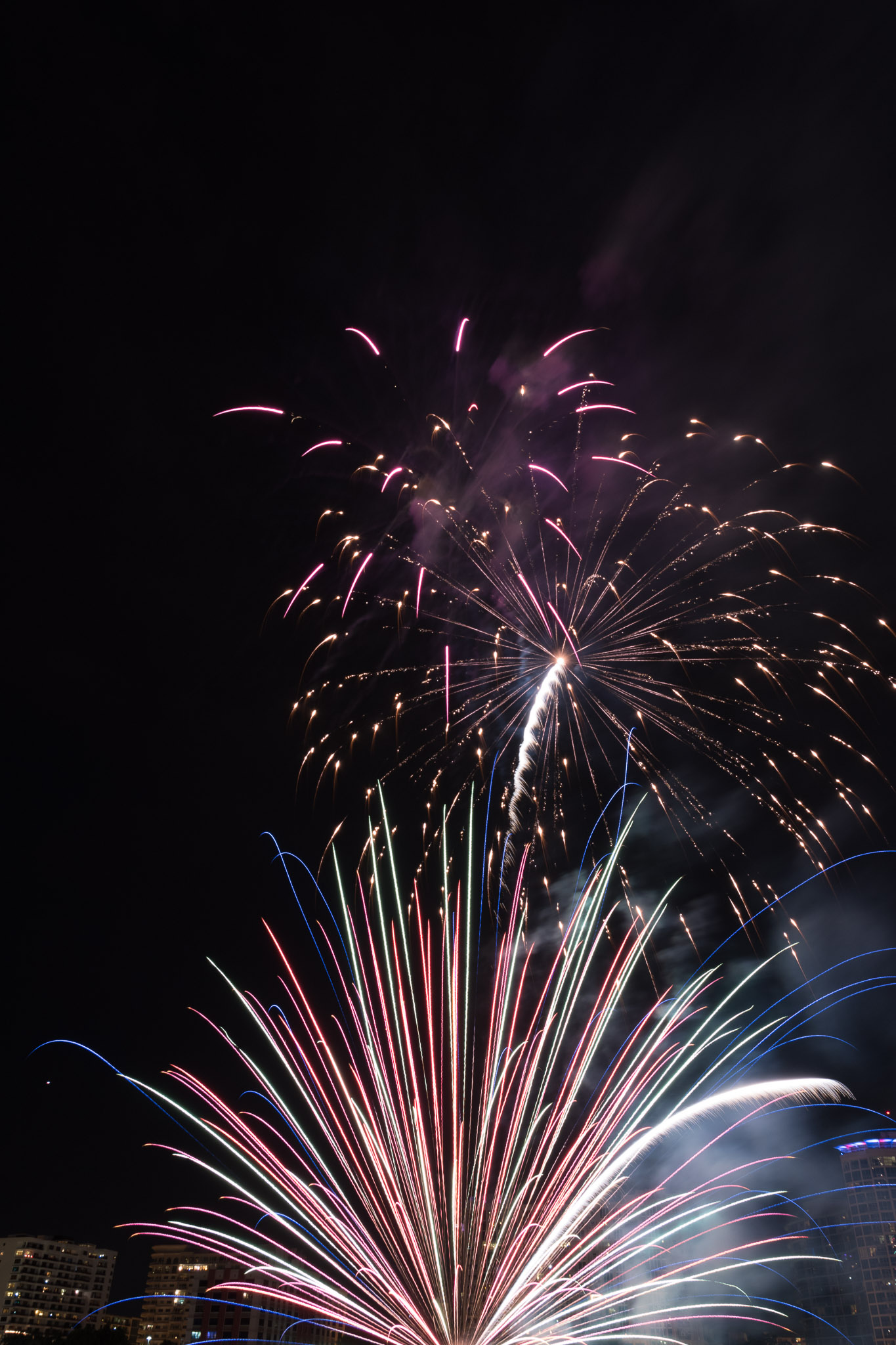 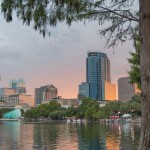 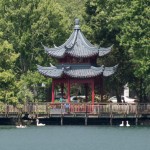 A few weeks ago I was re-reading Tony Northrup’s great DSLR guide, How to Create Stunning Digital Photography. In the section on night photography he discusses his technique for getting pictures of fireworks and I decided to try it this year. His method is simple; Manual program, set ISO to 200, aperture to 5.6, shutter to 5 seconds, and focus to infinity. Lock a cable release open (after a few test shots) to take continuous 5 second exposures throughout the show. Depending on the venue, the aperture/ISO may need to be adjusted to allow in less light, especially as the finale approaches.

The location I chose was Lake Eola Park, the 23 acre home to the Centennial Fountain that hosts the City’s annual fireworks show. Also located in the park is the Walt Disney Amphitheater, which hosts many community events and various performances year round. Today there were several bands playing and the orchestra in the evening. The Red Bull Break Dancers also took the stage. 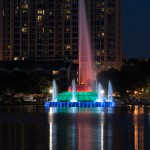 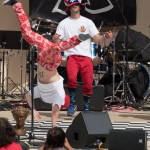 On the east side of the park is a Chinese pagoda, a Confederate States of America monument, and a playground. Each year some 130,000 people come to the area around the lake view the fireworks, so I arrived early at 3:30pm. I found a great spot right on the water and spent the afternoon with a nice young couple visiting from Germany.

The lake is home to various birds, turtles and other wildlife including the famous Eola Lake Swans. The population is limited to about 60 and is comprised of five species: Royal Mute (30-35), Australian Black (15), Whooper (8) and one each of Black Neck and Trumpeter. According to the published information, they generally get along, although there’s an interesting romantic/social dynamic at play—and even the occasional rubout. Two of the Whoopers brought in as intentional mates 15 years ago have never spoken to each other and stay on opposite ends of the lake. A mate was brought in for the Black Neck, but she rejected him, and then he started chasing baby swans. Bad idea. The Whoopers took him for a little ride, and now he sleeps with the fishes. I also saw turtles and birds fishing in the lake as evidenced by the photos. I have no idea what that thing is that is sticking its neck out of the water with the fish in its beak. When I took the picture I thought it was a snake but it clearly has a long beak.

The fireworks show was excellent and lasted about 30 minutes. Unfortunately I’ll need a wider angle lens next time to capture the action when I’m so close to the launch point.